See What's Going on in Aberdeen

Aberdeen has wonderful events and attractions to enjoy during your stay. Jump right into the pages of your favorite fairy tales and nursery rhymes at Storybook Land in Aberdeen. Follow Dorothy and Toto’s journey thru The Land of Oz. Explore nearly 30 miles of paved trails throughout the city and make a splash at the Aberdeen Aquatic Center. Take a break at one of the delicious restaurants or find a unique souvenir in a local boutique. Get the latest events delivered right to your inbox by signing up for our VisitAberdeenSD email newsletter.

As we're encouraged to practice social distancing and events are canceled and postponed, we're trying to keep up with changes on the calendar.

If you have a canceled or postponed event, please email info@visitaberdeensd.com and let us know.

New Exhibit: “Boys in Blue”. The Grand Army of the Republic: A Civil War Veterans’ Organization 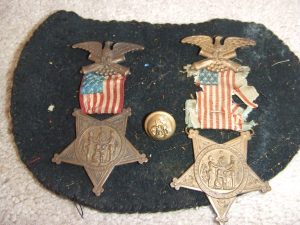 A year after our nation's Civil War ended, an organization for Union veterans was established. Exploring bonds of comradeship, loyalty, and charity, the Grand Army of the Republic (G.A.R) became a fraternal group which stretched across local, regional, and national lines. The men of the G.A.R left a lasting legacy to the nation with the