See What's Going on in Aberdeen

Aberdeen has wonderful events and attractions to enjoy during your stay. Jump right into the pages of your favorite fairy tales and nursery rhymes at Storybook Land in Aberdeen. Follow Dorothy and Toto’s journey thru The Land of Oz. Explore nearly 30 miles of paved trails throughout the city and make a splash at the Aberdeen Aquatic Center. Take a break at one of the delicious restaurants or find a unique souvenir in a local boutique. Get the latest events delivered right to your inbox by signing up for our VisitAberdeenSD email newsletter.

As we're encouraged to practice social distancing and events are canceled and postponed, we're trying to keep up with changes on the calendar.

If you have a canceled or postponed event, please email info@visitaberdeensd.com and let us know.

This is a two day wrestling event April 10-11 at the Northern State Barnett Center. On Saturday will be a multi-team K-8 dual meet tournament. On Sunday April 11 will host an individual wrestling tournament.

While on a quest to catch a fish, two bears catch more than they bargained for. Along the way, they meet a sly fox, feisty crawfish, and a boy named Benny. The bears discover an adventure and new friends might outweigh any fish they catch! The is a FREE ONLINE children's radio play written by

The Pirates of Penzance – Opera

What is the Bataan Death March? During World War II, on April 9, 1942, 75,000 United States soldiers and Filipino soldiers were surrendered to Japanese forces after months of battling in extreme-climate conditions. The U.S. soldiers were from the multiple branches of the U.S. military: Army, Army Air Corps, Navy, and Marines. Among those seized 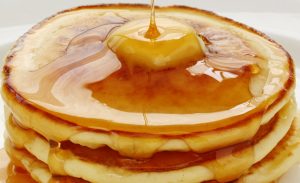 Come support the Aberdeen Senior Center and have a great breakfast! Sausage, juice, coffee and all the pancakes you care to eat for just $5.00. Social distancing practices will be in place, and we'll bring the food right to your table. No need to wait in line! This event is open to the public.

We have new varieties of succulents to get you in the spring planting mood! The cost is $5 plus materials and you’ll have a variety of containers, plants, soil, and decorative rock to choose from. We ask that you please not bring outside materials. There’s no RSVP needed but get here while supplies last!

The Northern State University School of Fine Arts will present the "The Pirates of Penzance" in the Johnson Fine Arts Center Jewett Theater. This staged concert production combines the talents of the Aberdeen University-Civic Symphony, NSU Opera and NSU Theatre. Performances will run at 7:30 p.m. nightly on April 9 and 10. A classic comedic